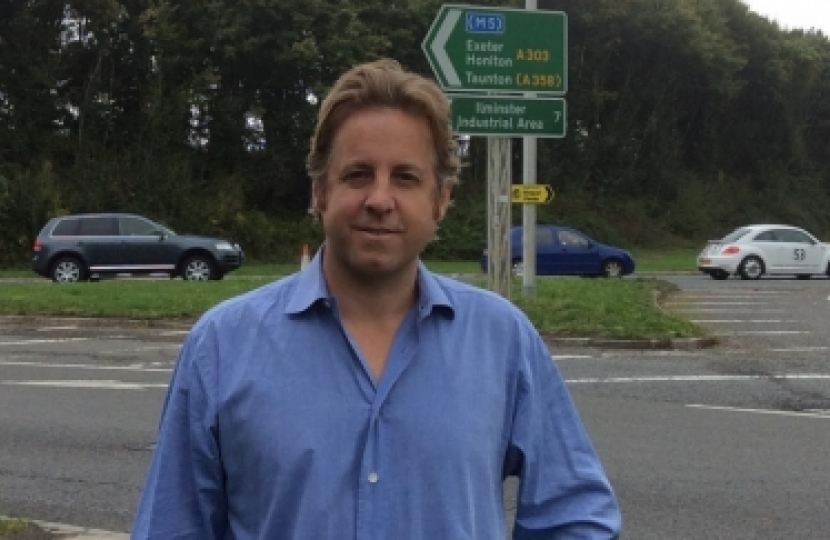 It was an honour as always to lay a wreath at the Remembrance Service in Yeovil on Sunday. It is such an important tradition in this country that we remember the sacrifices made by others to keep us free and safe. Thanks to the local organisers and volunteers who made it such a special event.

This is an unsettled time in British politics and there is no point shying away from that: rather we need to look to the future and to what matters and try to make things better. There are a few MPs on each side of the House of Commons who probably have not exercised the best judgement in how other interests may overlap with their work in Parliament but for the vast majority that is not the case.

Most MPs voted for the motion on a review of the standards process because they wanted change to a system which is at times outdated and unclear. The Government should have handled this better and not allowed that point to be linked to an individual case. However, I hope that some good does come of this current storm in the end. We should not have MPs acting as paid lobbyists in the House of Commons and we should also have better guidelines, definitions and processes for MPs as to what they can and cannot do.

There are 650 MPs so there is plenty of scope for a wide variety and that’s important. Representing your constituency is the number one priority and that is certainly my focus. It is beneficial though for MPs to bring experience of different areas to Westminster and the last thing we want is a Parliament chock full of professional politicians. Scott Mann’s experience as a postman in Cornwall is every bit as important to Parliament as any QC’s. Johnny Mercer’s career in the military makes him a very strong advocate for veterans. Jonathan Gullis was a teacher until 2019 and speaks up for schools across the country. There are too many other examples to list.

The Environment Act is now law and is one of the most progressive frameworks to improve standards on the planet. It’s a shame that political games were played on the issue of improving water quality, but the new law brings in strict new duties that will function effectively to get water companies to manage and dramatically reduce storm overflow discharges. Neighbouring MP Rebecca Pow who is an environment Minister is doing a great job working with water companies to make this happen and we are trying to get long needed investment and good agricultural and development practice locally to protect the Levels. Opposition parties who created the media storm did nothing themselves to tackle these issues.

Similarly, whilst the COP26 summit did not end with the results some wanted, it has been a success in terms of our country leading sensible and achievable targets to reduce man's impact on the environment. We need to redouble our efforts to scale technologies that enable abundant cheap energy use while protecting the planet.

If I can be of any help with a local issue or if you would like to let me know your views, please do get in touch by emailing marcus.fysh.mp@parliament.uk or call 01935 314321

On Tuesday I spoke in the Queen’s Speech debate in the House of Commons about the cost of living and rising costs. These will be incredibly important issues in the coming months and years, and they are as important here in South Somerset as anywhere else in the country.