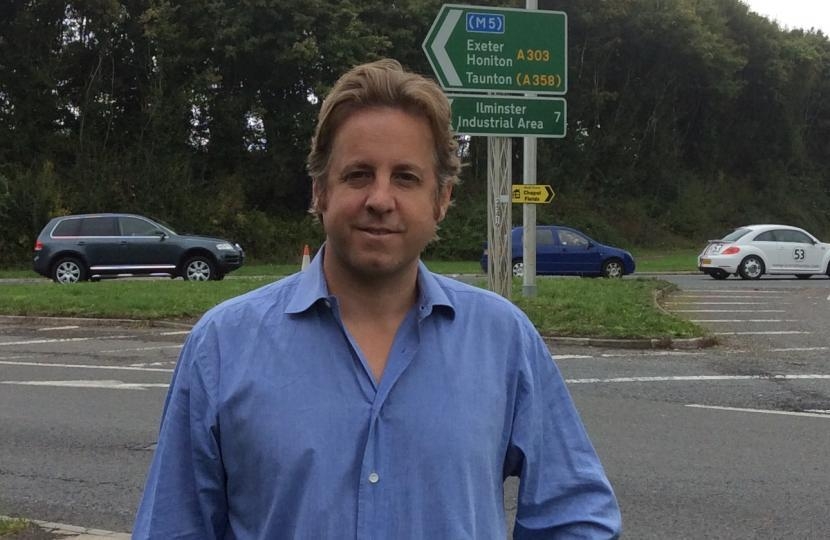 Marcus Fysh, MP for the Yeovil constituency, has welcomed the consultation phase of the A303 upgrade programme, with the Department of Transport announcing plans for the Stonehenge section today. However, Mr Fysh wants interim safety measures for the Ilminster Bypass and is continuing talks with Highways England on what can be done.

A consultation on the Stonehenge plans starts today and will be followed by consultations on proposals for other parts of the scheme including the Sparkford to Ilchester stretch and A358 From Ilminster to Taunton that will be dualled in this first 5 year Road Plan Period. Marcus has been at the forefront of local MPs keeping the A303 at the top of the Government agenda for the biggest investment programme in our roads in a generation. He comments, ‘This is a very positive start to the year for the South West. I’ll keep pushing for the Sparkford to Ilchester stretch and the A358 between Ilminster and Taunton to be started as quickly as possible and to make sure the consultations are really thorough to let local people have their say. It's great that these first sections will do so much to improve conditions for the Yeovil constituency in particular, and to see Government delivering on its promise. I want also to make sure we start planning for the other stretches that are not in this first phase to be fully dualled in the following 5 year Road Plan Period. I’m meeting Highways England later this month to talk specifically about safety improvements on the Ilminster Bypass that can be implemented sooner, as we need to address safety on that section in the meantime.’