Commissioner candidate vows to be tough on drugs 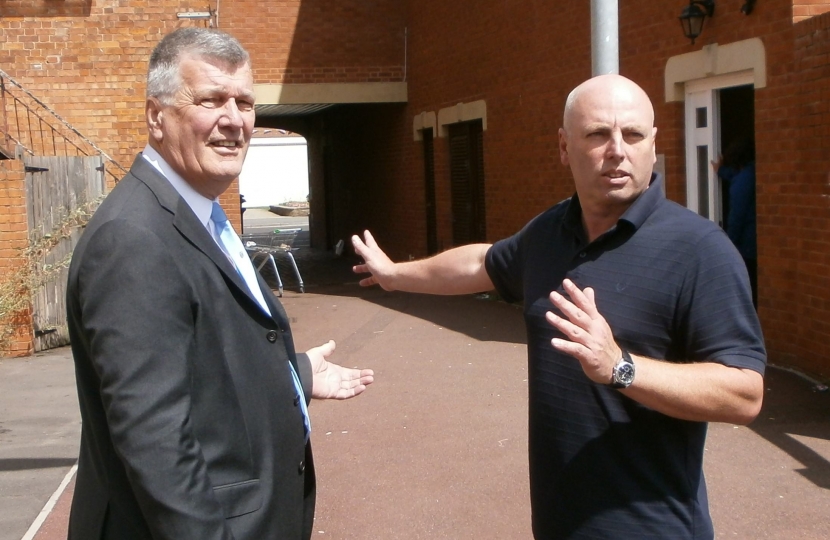 Ken Maddock, local Conservative candidate for the Police and Crime Commissioner, has visited Highbridge to see the extent that drugs are affecting the lives of local residents and has vowed to be tough on drugs.

After meeting with John Woodman, the local councillor for Highbridge, to learn about the issue with drugs in the town and how it is affecting local residents, Ken assured him that if he was elected as the Police and Crime Commissioner in November tackling drugs would be a top priority.

John took Ken to Market Street where the archway between the Community Hall and the Alpha House flats is being used by drug dealers to sell drugs. Local residents have told John and Ken that they are frightened to go to the shops as they feel threatened and are worried for their children.

Ken said, “As the Police and Crime Commissioner I will make our towns, villages and cities safer for people to go about their daily business in peace and safety. I am here to listen and to learn about the issues that are affecting people and to make sure we take action.

“Many people do not know the extent to which drugs blight our local communities. Drug addicts ultimately turn to crime to fuel their habit, having lost their job, their home, with their attention fully on feeding their habit.

“I will work with the Police to make sure we tackle this problem head on, we cannot let the drug dealers, who make profits from people’s misery, take over our towns. I am also keen to work with local rehab charities to make sure addicts get the support they need to get off drugs.”

John Woodman added, “It is not pleasant for local people to have to walk past and witness this type of activity, especially for their children. I am glad that Ken has come to Highbridge to see the problem and I am confident that with Ken as our Police and Crime Commissioner he will take action against drugs, making sure that the people’s priorities are the Police’s priorities.”